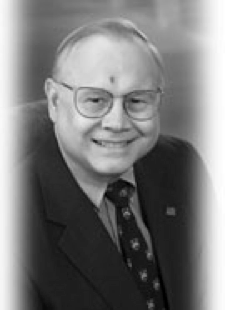 Thank you, Jack. Jack and Pina Templeton’s dedication to children, education, character, religion, and prayer in our lives and for America is widely known, and the Eastern Association for the Surgery of Trauma was so fortunate to have them. It has been my good fortune to have had Jack as a teacher, faculty, colleague, and friend for more than 35 years. In 1975, Jack reported to the Portsmouth Naval Hospital as the Chief of Pediatric Surgery, where I was a chief resident. Our interactions were over the most difficult pediatric cases and through that, I learned of Jack’s devotion and determination to help every sick child and their family through their time of crisis. He personalized every case and worked alongside each of us at Portsmouth, to carry each and every child back to health. He lived the meaning of “teamwork.” So it was no surprise that when I was recruited to PENN, 20 years later, I found Jack developing the Pediatric Trauma Center at CHOP. Jack was exactly the same: devoted, energetic, and determined. Our relationship flourished as we both struggled to grow and mature these two centers, which were a mere fifty feet apart. Our city was being ravaged with firearm injury at this time. At perhaps the lowest moment of this epidemic, it was Jack Templeton who catalyzed us to seek to understand the root causes and look for some way to lower the devastating toll for Philadelphia youth. In a simple request between friends, Jack seeded the Firearm and Injury Center at Penn and birthed an interdisciplinary group of scholars who today continue to advance meaningful dialogue about protecting Americans.

Jack gave up practice to direct the Templeton Foundation in 1995, and I felt a great loss to the surgical community. However, in his passions, he continued forward in even more meaningful ways. In those subsequent years, his leadership supported advancing the public’s health, moving medicine toward a broader scientific inquiry of life’s big questions, and of course, improving the safety of the public, most particularly our youth. His charge to EAST was lofty: “Understand how injury occurs, and through science identify effective interventions, empower the country through this knowledge.” Jack Templeton elevated EAST, and with his distinctive hallmark gave us a unique purpose. We owe Jack a great deal.

As indicated above, John M. Templeton, Jr., MD led an inspirational career and life. Dr. Templeton was President and Chairman of the John Templeton Foundation, and directed all Foundation activities in pursuit of its core mission to serve as a philanthropic catalyst for discovery in areas engaging life’s biggest questions in science, theology, philosophy, individual freedom, free enterprise and character virtues. He worked closely with the Foundation’s staff and international board of advisors of more than 50 leading scholars, scientists, researchers and theologians to develop substantive programs in these endeavors.

Dr. Templeton was actively involved in the Foundation since its inception in 1987. In 1995, he retired from his medical practice to serve full-time as president of the Foundation. His more than 25-year career as a physician and long-held spiritual beliefs provided both the formal science training and the commitment to advance the Foundation’s work.

After receiving a bachelor of arts degree from Yale University in New Haven, Connecticut, Dr. Templeton earned his medical degree from Harvard Medical School in Boston. He completed his internship and residency in surgery at the Medical College of Virginia in Richmond and subsequently trained in pediatric surgery under Dr. C. Everett Koop at The Children’s Hospital of Philadelphia. After serving two years in the U.S. Navy, he returned to The Children’s Hospital of Philadelphia in 1977, where he served on the staff as pediatric surgeon and trauma program director. He also served as professor of pediatric surgery at the University of Pennsylvania.

Dr. Templeton was board certified in pediatric surgery and surgical critical care and was a fellow of the American College of Surgeons. He served as a board member of the American Trauma Society and as a president of its Pennsylvania division. He was a member of the Cradle of Liberty Council of the Boy Scouts of America, the Board of Trustees of Eastern University, the Boards of the Foreign Policy Research Institute, Philadelphia College of Physicians, National Bible Association, the Session for Proclamation Presbyterian Church and the American Association for the Surgery of Trauma. He has published numerous papers in medical and professional journals, in addition to three books, A Searcher’s Life and Thrift and Generosity: The Joy of Giving, and an updated version of his autobiography, entitled, John M. Templeton, Jr: Physician, Philanthropist, Seeker.

Dr. Templeton is survived by his wife, Dr. Josephine Templeton who is retired from the practice of pediatric anesthesiology at The Children's Hospital of Philadelphia. They have two daughters, Heather and Jennifer, five grandsons and one granddaughter.