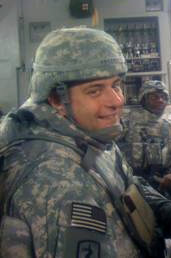 The John P. Pryor, MD Distinguished Service Award in Military Casualty Care is an annual award presented at the EAST Annual Scientific Assembly. The award recognizes EAST members who have distinguished themselves in the field of military casualty care. All members of EAST (civilian and military) are eligible for this award. EAST members, who either through a singular advancement or a body of work in the field of military casualty care and who have demonstrated a commitment to improving outcomes for those who sustain injury in modern military theaters of conflict will be considered for this award.

For more information about John P. Pryor, we recommend, "Alright, Let's Call it a Draw: The Life of John Pryor," written by his brother, Richard Pryor.  Dr. Pryor, a member of EAST, was killed in action.

To nominate an individual for the John P. Pryor, MD Distinguished Service Award in Military Casualty Care, please submit a statement (250 words or less) indicating why you are nominating the individual and how/she has met the criteria for the award. All nominees must be an EAST member in good standing. You do not need to be a member to nominate someone. All nominations must be submitted using the online system (paper submissions will not be considered).  Nominations will be reviewed by the EAST Military Committee. The award recipient will be acknowledged at the Awards Ceremony held during the EAST Annual Scientific Assembly.

The John P. Pryor, MD Distinguished Service Award in Military Casualty Care was established by the Military Committee  of the Eastern Association for the Surgery (EAST) and approved by the EAST Board of Directors in April, 2011. The first award was presented at the 25th EAST Annual Scientific Assembly, January 10-14, 2012 in Lake Buena Vista, Florida.